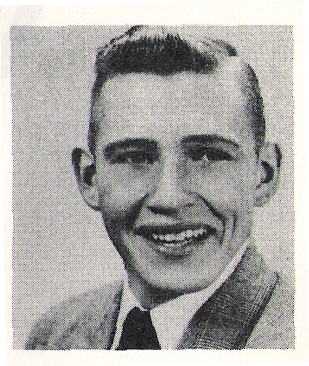 Richard "Dick" Lee Wallace was born in 1932 on the family farm in Burlington, Washington. Dick lived his entire life in Burlington and was a standout football player and wrestler in high school. He was student body president his senior year and graduated from Burlington-Edison High School in 1950.

Dick was a well respected farmer, known  for his outgoing personality and sense of humor as well as for his work ethic and legendary resourcefulness. Science and mathematics were Dick's favorite subjects in college and he applied those skills to potato farming. Dick experimented with new techniques and varieties each season in an effort to improve the crop. He displayed an innate talent for engineering, adapting equipment, often "on the fly", with only the parts and tools that were at hand.

Dick was an avid fisherman. He enjoyed fishing for salmon on Alaskan rivers and in the nearby San Juan Islands from his own boat. While an intense person with both a quick wit and temper, Dick was able to relax with friends and family.

Dick passed away in 2005 following a long battle with cancer. Even now, more than a decade later, when confronted with a challenge we often wonder what Dick would do.